by The Remote Viewers Trio 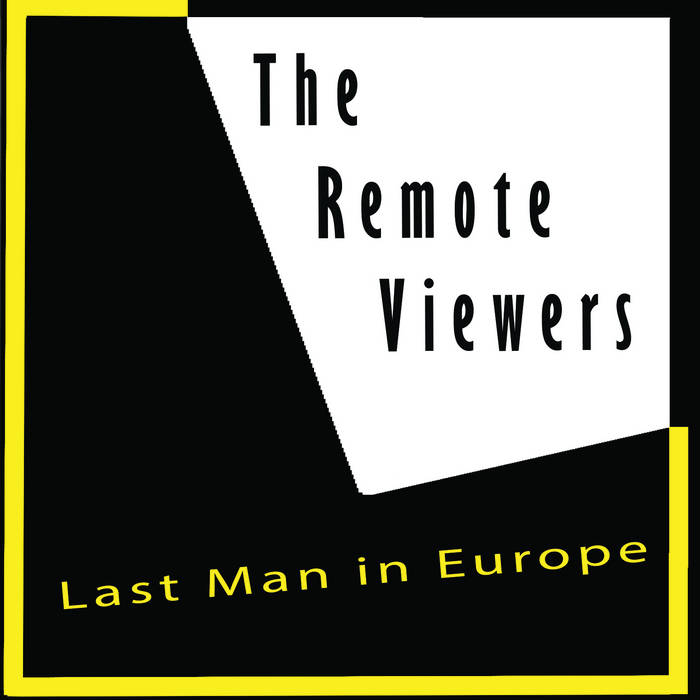 Squids Ear
I wanted to make a special mention about the new The Remote Viewers album, Last Man In Europe, which has been in rotation in my library. This configuration of the band is a unique, dropping the number of saxophonists to just two, with the amazing UK bassist John Edwards the sole accompanist. Tenor saxophonist David Petts handles all the formal compositions, with humorous titles that may or may not abstractly explain the music; the band collectively takes credit for 4 of the recordings. Adrian Northover is the second saxophonist, here on soprano; he's a founding member of the band, from their early Leo Records releases, and he also provides the album cover and inside photo.
I personally find Petts' compositions the most interesting aspect of the band, and it's what first brought me to listen to the band. His writing combines chamber aspects, but also a certain dramatic sensibility that I associate with rock, albeit in the RIO forms, and shades and approaches from creative free jazz. Harmonic dualities are characteristic, the two horns working in unison using unusual combinations of tones, progressing the music and then breaking off in staccato hesitation. Weaving tones between the saxes are often at play, creating a sense of motion much greater than expected. Edwards is the wild card here, plucking and bowing, he provides both support and counterpoint to the sax lines; his presence on recent albums has given The Remote Viewers a solid basis for their compositions, and brought prodigious technique and skill to the band. He also provides the excellent mixing and mastering for the release, which was beautifully recorded with great clarity. Looking back at their first 1999 album, Low Shapes In Dark Heat, a trio album of sax and synth, one can contrast with both the progress the playing and writing has evolved, but also the consistency with which Petts has maintained his signature over the music. Really fine work.
www.squidsear.com